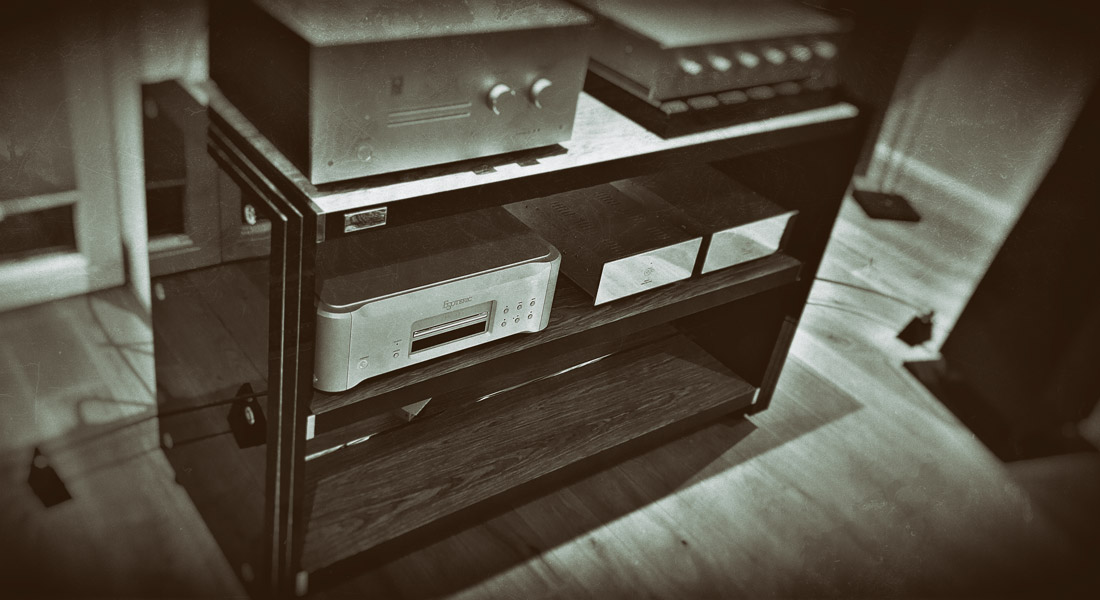 After I decided to buy one last turntable, the purchase of a new larger hi-fi rack was also pending. I searched for a long time, but nothing completely convinced me. Coincidentally, I came across a report in fidelity magazine discussing the Shambala rack. After many mails and some very friendly and informative phone calls with Mr. Schlipper, my Shambala was made exactly according to my ideas and with my desired veneer. The workmanship quality, optics, feel of the entire rack and in most. of the veneer are absolute top class!

With more than four decades of hi-fi/high-end experience, I was frankly a little sceptical as to whether Mr Schlipper’s statements or promises about the sound impact would actually be true. Immediately after the construction of the rack and the installation of the system, my very first hearing impression was good overall, but also not exuberantly euphoric. But what happened in the following days completely surprised me.

Virtually all of my well-known test discs showed clearly noticeable positive changes in the sound pattern for me. In particular, the increased fine dynamics (via ALL frequency ranges!), an increase in spatial sound information (not only in the width and depth, but also in the height (!) of the sound space) were impressive. Vocals had a more eciend and audibly finer structure and more natural suppleness and timbre. There have also been clear improvements in the bass sector. All the impulses in the bass section had more pressure, more depth, more structure and more precision. It almost seemed as if the skins of timpani, kongas, bongos freshly and tightly re-tensioned.

In order not to succumb to a self-deception, according to the motto….such a beautiful and expensive rack MUST simply perform better, I asked my wife for a listening sample. And after only a few minutes she confirmed to me the correctness of my impressions!

I was also amazed by the following findings:
The warm-up phase of the whole system seemed to me to be shorter now. Often after half an hour I had the feeling that the system was already running for 2-3 hours. Also, I was now able to drive suddenly higher volume, without the occasional unpleasant light/sharp ringing/serene in the ear. with high-pitched music and loud voices, which almost always led me to reduce the volume.

But the biggest phenomenon for me was quite another. For 2 years I have been using The H2 Harmonizer system from Stein Music for room optimization. Without this system, I could never really listen to music in the past. In the first 5 days with the Shambala rack it actually happened to me on 3 days that I hadn’t noticed at the beginning of my listening sessions that the system was not turned on! This impressively confirms Mr. Schlipper’s theory: the cleaner, unencumbered (e.B. of resonances/vibrations by kicking, body, airborne sound) the music signal is transmitted from the source to the loudspeaker, the less room-acoustic inadequacies affect the music playback.

I would like to note that during this test phase the devices were all “only” with their original feet on the Shamala rack. I’m curious to see what else happens when my gear is put onto the Composant-S platforms.

In any case, I can highly recommend the Shambala Rack for high-enders who want to get the most out of their system. And it’s nice that there is such a passionate and perfectionist manufacturer in Germany.